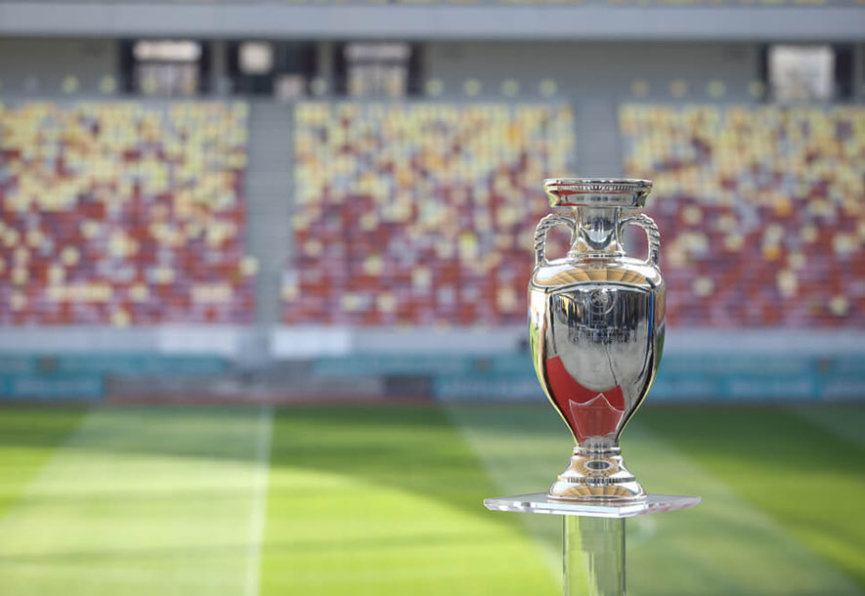 24 teams will once again compete for the European Championship title, there will be plenty of betting opportunities at the upcoming showpiece tournament. Popular online bookmakers already have several betting markets on offer, including both short-term and long-term bets. Keep on reading this article as it will help you learn available markets, betting odds, and betting tips for the EURO 2020 finals.

Available betting markets for the Euro 2020

The 2020 European Championship market is not yet full as the tournament starts on June 12, 2020, but punters from all four corners of the world have already begun placing their EURO 2020 bets.

Tournament Winner is still considered one of the most popular betting options, with the bookies already offering odds on each and every team that will take part at the EURO 2020. You should bear in mind that the list will be full after the play-offs are finished.

Top goalscorer market is available as well, meaning that bettors are able to predict which player will score most goals at this summer’s showpiece tournament. Group Winner long-term bet is on offer as well.

To make things even better for punters, they can place short-term bets such as Match Winner, Goals Over/Under, Half-time Score, Half Time/Full Time, and Both Teams to Score bets on round 1 matches.

When we get closer to the tournament itself, the bookies will have all group stages games on offer.

As always, bettors can choose from various long-term bets when it comes to betting on the European Championship finals.

Predicting the winner of the tournament is easier said than done, but this long-term bet should be considered as the bookies offer pretty high odds.

As things stand now, England are seen as No. 1 favourites to win the EURO 2020 trophy. The Three Lions are eyeing their first ever title at the European Championship finals, but they will have to prove their worth on the field. Gareth Southgate has a number of world-class players to choose from, but all eyes will be on the Premier League stars Harry Kane, Raheem Sterling, and Marcus Rashford when England take on Croatia in their opener.

Considering that Wembley Stadium will host Group D games, semis and the final, it is no wonder Gareth Southgate’s men are 4/1 at bet365 to turn their long-lasting dream into reality.

France’s victory at the showpiece tournament is priced 5/1 at Betfair, and they are followed by:

When it comes to the top goalscorer betting option, Harry Kane is seen as the main favourite to win the EURO 2020 Golden Boot award.

The Spurs attacker is 5/1 at Betfair to repeat the success from the 2018 World Cup where he scored six goals for the England national team. William Hill, on the other hand, offers odds of 7/1 on Cristiano Ronaldo to win the top goalscorer award. At the same time, Belgium ace Romelu Lukaku is 10/1 to finish the tournament at the top of the goal-scoring chart.

Considering that Group A games will be hosted by Stadio Olimpico (Rome) and Olympic Stadium (Baku), it is no wonder Italy are seen as the main favourites to win the group. The Azzurri are 4/7 at Betway to clinch top position in the standings, while bet365 offers odds of 9/2 on Switzerland to win the group. Turkey (6/1) and Wales (7/1) have a bit slimmer chances of securing top position in Group A.

Star-studded Belgium have been grouped with the likes of Denmark, Russia, and Finland. Even though UEFA rejected Belgium’s bid to co-host the EURO 2020 finals, the Red Devils are regarded as No. 1 favourites to win Group B (4/5 at bet365). Roberto Martinez’s troops are followed by Denmark (11/4), Russia (5/1), and Finland (20/1), who will take part in the European Championship finals for the first time.

The Netherlands have big ambitions for the 2020 European Championship finals as Ronald Koeman can count on the likes of Virgil van Dijk, Frenkie de Jong, Matthijs de Ligt, Georginio Wijnaldum, and Memphis Depay for this summer’s tournament. The Oranje, who will play their group games in front of home fans in Amsterdam, are just 1/5 at Betfair to win Group C. Ukraine’s win is priced 7/2 at bet365, while Austria are 8/1 at Betway to clinch top position.

England, Croatia and the Czech Republic are still waiting for their last opponent in the group stages. Play-off winner C will be placed in Group D where the Three Lions are seen as the main favourites to clinch top position (2/5 at Betway). The Croats, who impressed at the 2018 World Cup, are 11/4 at bet365 to win the group, while the Czech Republic’s win is priced 14/1.

Spain, who impressed in the EURO 2020 qualifiers, are the team to beat in Group E. La Roja, who will face their group rivals in San Mames, are 1/4 at Betfair to finish the process in the top position. Robert Lewandowski and Co. are 6/1 at bet365 to win the group, while Betway offers the odds of 7/1 on Sweden to clinch first place. Play-off winner B will be placed in Group E as well.

World champions France have been handed a tough draw at the 2020 European Championship finals as they will face Portugal, Germany, and Play-off winner A or D in the ‘Group of Death’. Les Tricolores are 11/10 at Betway to win Group F, followed by Joachim Low’s troops (5/4) and A Selecao (6/1). Anyhow, given the number of top-class players in their squads, Group F games will be more than exciting to watch.

The EURO 2020 special bets market is not yet full, but some special bets are already on offer. Not only are punters able to put their money on top goalscorer, tournament winner, group winner, but they can bet on a team to qualify to the finals as well.

The play-offs for the European Championship finals are scheduled to take place in the late March, with 16 teams vying for four empty spots.

Bosnia and Herzegovina are regarded as No. 1 favourites to secure their place at the EURO 2020 as they face Northern Ireland in the Path B semis. Should Edin Dzeko and Co. happen to beat the Green and White Army, they will face Slovakia or Republic of Ireland in the play-offs final. You should bear in mind that the Balkan Dragons are 11/8 at Betfair to book their spot at the European Championship finals.

Seeing that Germany will play their group games at Allianz Arena, Munich, we believe that punters can find value in betting on die Mannschaft to win Group F. Manchester City ace Leroy Sane should recover in time to face France in the EURO 2020 opener, and given the number of talented footballers in Joachim Low’s team, backing the Germans to win the group could prove to be a boost to your sportsbook account.

Harry Kane impressed at the 2018 FIFA World Cup, with the Tottenham Hotspur attacker netting six goals at the tournament in France. New Spurs boss Jose Mourinho helped Harry Kane regain much-needed confidence, and the 26-year-old is widely expected to be at his sharpest when the Three Lions kick-off their EURO 2020 campaign.

Belgium attackers looked sharp in front of goal in the EURO 2020 qualifiers, with the Red Devils netting 40 goals in total in the process (4 per game). Roberto Martinez’s men are likely to stick to their attacking style of play against Russia, and given the attacking potential of Stanislav Cherchesov’s team, over 2.5 goals bet should be considered.

Spain take on Sweden in front of home fans at San Mames in their EURO 2020 opener. La Roja outclassed Jon Andersson’s troops 3-0 in Madrid when the two teams met in the qualifiers in June 2019, and we believe that history is going to repeat itself.

Since Finland will participate at the European Championship finals for the first time, the lack of experience at the major tournaments is likely to prove to be a big problem for Teemu Pukki and his teammates. Denmark, on the other hand, are a well-balanced team; therefore, we are tempted to put our money on Christian Eriksen, Yussuf Poulsen and Co.