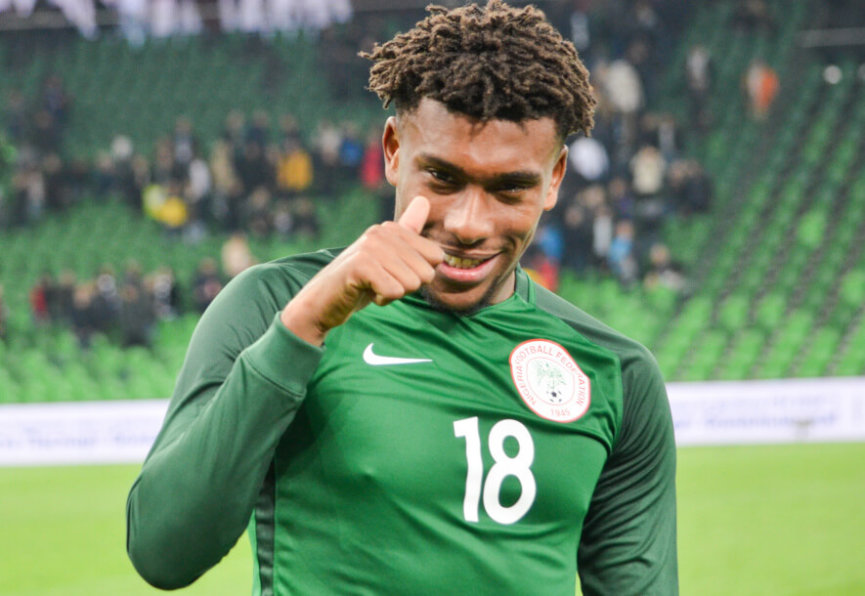 A place in the 2019 Africa Cup of Nations semi-finals will be at stake when Nigeria and South Africa face each other at Cairo International Stadium. Our Boys proved their worth in a 3-2 win over Cameroon as they came from behind to beat the Indomitable Lions, whilst the Bafana Bafana did well to shock home country Egypt to book their place in the AFCON semis. The Super Eagles are brimming with confidence ahead of Wednesday’s clash, but Stuarts Baxter’s troops should not be underestimated as they have been producing fine performances at the showpiece tournament in Egypt.

Alex Iwobi and Odion Ighalo helped Our Boys secure comeback in the last 16 clash against Cameroon, with the former Premier League attacker scoring a brace in the 3-2 win over the Indomitable Lions. Ighalo has been scoring goals for fun at the 2019 AFCON and it is no wonder he is considered one of the main favourites to win the Golden Boot at the 2019 tournament.

The opposition defenders should have the Shanghai Shenhua striker, who has already netted three goals at the 2019 Africa Cup of Nations, at bay, but, no doubt, all eyes will be on the aforementioned Arsenal midfielder Alew Iwobi when the Super Eagles take on South Africa on Wednesday afternoon.

Despite the fact that John Obi Mikel misses the Cameroon game with injury, Nigeria did well to make it to the quarter-finals of the 2019 Africa Cup of Nations. The former Chelsea midfielder, though, should recover in time to face South Africa in the quarter-finals as he trained with the rest of the team on Sunday.

To make things even better for Our Boys, Bursaspor defender Abdullahi Shuhu is closing in on a return as well, but he is unlikely to start against the Bafana Bafana. Coach Gernot Rohr has neither injury worries nor suspended players ahead of the trip to Cairo.

Our Boys hungry for revenge

Nigeria and South Africa squared off against each other in the 2019 AFCON qualifiers. The two teams played out a 1-1 draw at FNB Stadium in Johannesburg, with the Bafana Bafana shocking the Super Eagles at Akwa Ibom Stadium. Our Boys are eager to get their revenge on South Africa, but seeing that under 2.5 goals have been netted in four of their last five meetings in all competitions, we do not believe that fans will see a real football festival in Cairo.

When the two countries met at the 2004 Africa Cup of Nations the Super Eagles outclassed the Bafana Bafana 4-0, but a low-scoring game is on the horizon this time out. You should bear in mind that under 2.5 goals bet is priced 2/5 at Betway.It has been five years since Nigeria recorded their last win over South Africa.

One goal is enough

South Africa have not been impressive at the 2019 Africa Cup of Nations, with the team already suffering two defeats at the tournament. The Bafana Bafana were beaten by Ivory Coast (0-1) in their opener, with the team losing to Morocco (0-1) in their last group game as well. However, the victory over Namibia helped them sneak into the knockout stages.

Stuart William’s charges defended well in the 1-0 win over Egypt in the last 16, with the team scoring the winner on the break. South Africa are likely to stick to their defensive style of play against the Super Eagles and the good news for the Bafana Bafana fans is that midfielder Themba Zwane returns from suspension. Exactly one goal was scored in each of their previous four games at the tournament in Egypt, which is yet another reason why we do not believe fans will see goals galore in the Cairo International Stadium clash.

South Africa may have defeated Egypt in the last 16 of the 2019 AFCON, but it has to noted that the Pharaohs dominated the game and missed a clear-cut opportunity to score at the start of the second half. The Bafana Bafana are a well balanced team, but seeing that the Super Eagles impressed in the come-from-behind win over Cameroon, we are tempted to put our money on Our Boys.

Odion Ighalo has found his goal-scoring touch at the tournament in Egypt and given Alex Iwobi’s fine form, we are positive that Nigeria will advance to the semi-finals. The Super Eagles failed to beat the Bafana Bafana in previous five meetings between the two countries in all competitions, but we believe that the time has come for Our Boys to put an end to the negative trend.

Nigeria are 19/20 at Betfair to win Wednesday’s showdown in 90 minutes, but the Super Eagles to qualify bet (2/5) is a much safer option as the winner could be decided in extra-time. Anyhow, a close encounter is on the cards at Cairo International Stadium and we believe that one goal is likely to separate the two countries in the AFCON quarter-finals.

Check out other AFCON betting odds at William Hill