Nigeria qualified for the World Cup Finals in Russia thanks to an excellent qualifying campaign, with German boss Gernot Rohr having led the Super Eagles to wins over Zambia, Cameroon and Algeria in Group B. As a result, the African giants can look forward to this summers tournament, with Nigeria having been drawn in Group D, alongside Croatia, Iceland and South American giants Argentina. Let’s take a closer look at the results that led Nigeria to the Finals in Russia this summer. 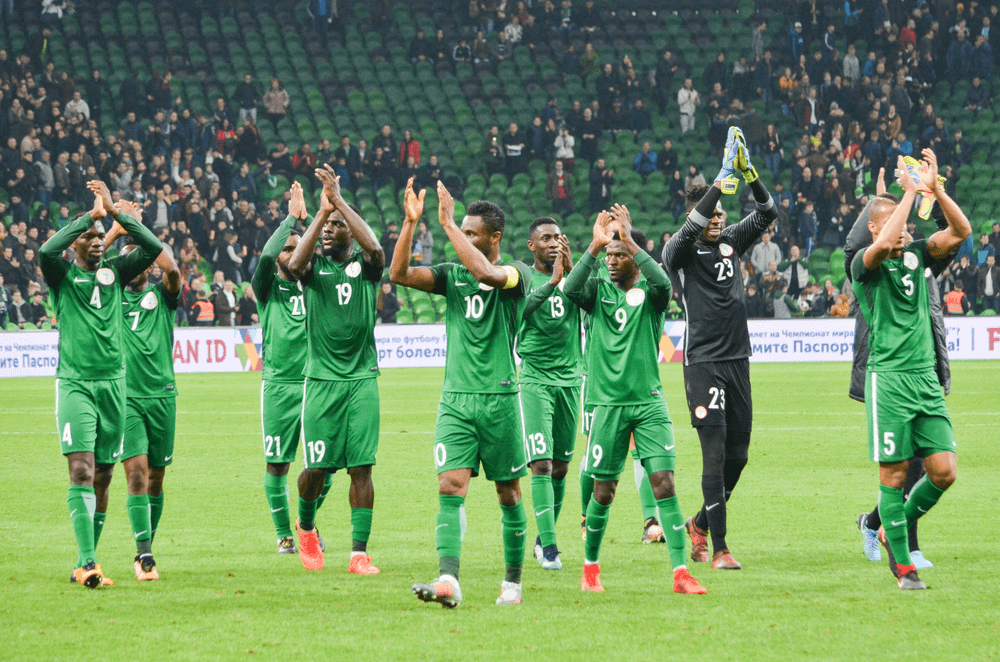 Footballers of the national team of Nigeria

Nigeria scored 11 goals in six qualifying matches, helping them to record four wins and one draw in a tough group. The Super Eagles qualified for the World Cup Finals thanks to a 1-0 win over Zambia back in October, with Alex Iwobi scoring the crucial goal. Rohr’s side suffered defeat to Algeria in their final group tie, however the fact that they had already qualified means that not too much can be read into this.

Their full list of results in Group B can be found below:

Nigeria are undoubtedly now the strongest African nation heading to Russia this summer, with many backing them as one of the tournament’s dark horses. The Super Eagles will take on Croatia in their opening match of the competition, before heading to Volgograd, where they go head-to-head with Iceland, who are competing in their first ever Finals. Finally, Nigeria end their Group D campaign with a clash against Argentina, with Rohr’s side having defeated the South American giants in a friendly back in November last year. The Super Eagles came back from two goals down to run out 4-2 winners, with a goal from Kelechi Iheanacho, a double from Alex Iwobi and strike from Brian Idowu helping them on their way.

Nigeria matched their best ever finish at a World Cup in Brazil four years ago, when former manager Stephen Keshi led them to the Round of 16, where they were defeated by France. Their appearance in Russia will be Nigeria’s sixth at a World Cup, having made their bow at the 1994 Finals in the USA. As well as this, the Super Eagles will take on Argentina at the World Cup for a record fifth time this summer, with Nigeria hoping for better outcomes than in 2002 and 2010, when they failed to make it passed the group stage.

Having been drawn in one of the toughest possible groups this summer, Nigeria are understandably outsiders with most bookmakers to qualify for the knockout phase of the competition. Bookmaker NaijaBet offer the Super Eagles a price of 10/1 to top Group D, as well as odds of 6/5 to qualify. Rohr’s side currently sit 47th in the FIFA world rankings, behind fellow African nations who have qualified, including Tunisia, Morocco and Egypt.