Formula One (F1) is now one of the most watched sports in the world, with events also attracting great interest from betting customers due to the large number of markets on offer. With a host of different drivers to select from, as well as a host of different races, the possibilities are almost endless when it comes to backing your favourites, with some significant earnings available. However, it is easy to get confused with the sheer volume of markets and F1 rules, our betting guide is on hand to talk you through some of the most important aspects surrounding wagering on this hugely popular motor sport. Having read the guide, punters will be armed with everything that they need to know in order to start placing successful bets, with bookmakers helping with some appealing promotions. 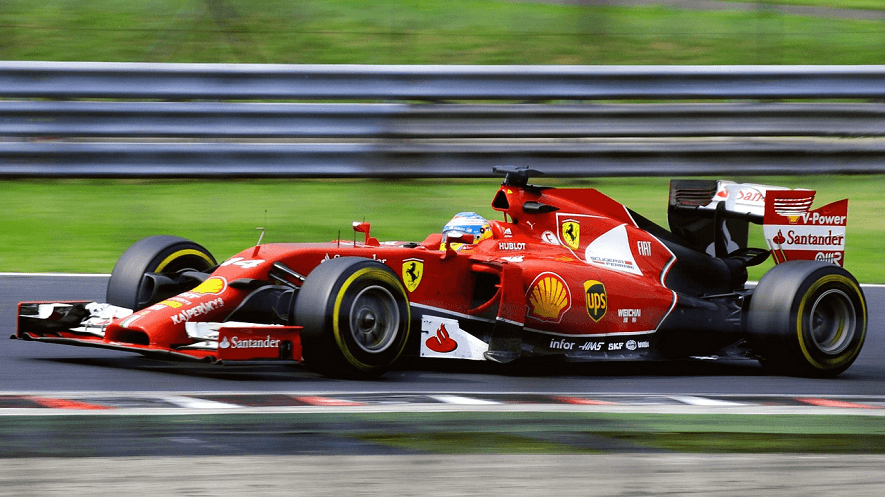 As previously mentioned, there are a large number of markets for those looking to bet on F1, with outright markets dominating with the majority of bookmakers. This is when a bet is placed over the course of the entire season, rather than a specific race. Due to Formula One’s ever-changing nature, especially surrounding pace and form, backing your favourite team and driver half way through the season can still bring about some significant earnings, which cannot be said of other sports. However, there are a whole host of additional markets, which we will now discuss.

This form of betting on Formula One is where customers pick the driver in which they think will win the race, meaning that it is perhaps the simplest form of wagering on the sport. The best thing about this form of betting is that the odds offered by bookmakers are generally extremely appealing, with the likes of Lewis Hamilton and Sebastian Vettel usually being among the favourites at a price of around 2/1. F1 normally sees one or two drivers battling it out for the title, meaning that backing such individuals on a regular basis is likely to see customers achieve success throughout the season.

Elsewhere, customers can also bet on a driver to finish on the podium come the end of the race, which means that they must finish in the top three in order for the bet to be successful. It does not matter in which position they finish, whether it be first, second or third, with any podium finish meaning that the customer wins! Prices on such markets will of course be a little shorter than those who back a driver to win a race, with the top drivers looking for a podium finish at worst on the whole. This is an attractive option to make after viewing a driver perform well during qualifying, even if you think they may have a chance of winning the race outright.

Driver matchups are perhaps the most exciting form of betting when it comes to F1, as well as the most flexible. Despite not being avaialble on every betting platform, driver matchup bets are when customers select between two drivers in terms of who will finish in a higher position in an upcoming race. Punters selecting the driver who finishes above the other will win their bets, with nothing else in the race having an impact. Again, this bet is worth utilising in a large number of races, even when you are unsure of who will win the race outright.

F1 prop bets can also bring in a good level of earnings, as well as some great entertainment. Such a bet is when a customer backs a certain even to occur during a race, with the markets depending on the bookmaker itself. Prop bets are of course difficult to predict, however markets come in the form of a safety car being used during a race, a red flag being shown or the race being restarted. Odds on prop bets certainly make them an appealing option for any F1 fan.

Qualifying can often be more exciting than the actual race for many, with the battle for pole position gaining huge attention from F1 fans. Pole position is awarded to the driver who records the fastest lap time during qualifying, offering them an early advantage come the time the green lights show on the starting grid. As a result, many customers will bet on their favourite driver to secure pole with their bookmaker, with little separating the top drivers in both the odds and times recorded.

Future bets are hugely popular surrounding Formula One, with a number of options made available to punters. This form of betting is when a customer bets on the driver or team in which they believe will win the title come the end of the season, with odds on these markets being available throughout the campaign, with odds changing to represent the current standings at the time. The most popular time to place such a bet is at the start of the season, as this is when the best odds are generally on offer. However, if someone starts off the season in fine style, then it may well be worth backing them to come out on top at the end of the campaign, with points becoming harder and harder to come by as the pressure kicks in during the final months. However, if a driver starts out colder than expected, you may be able to get better payout odds on them winning the Championship, if you still think that they have a chance to turn it around. 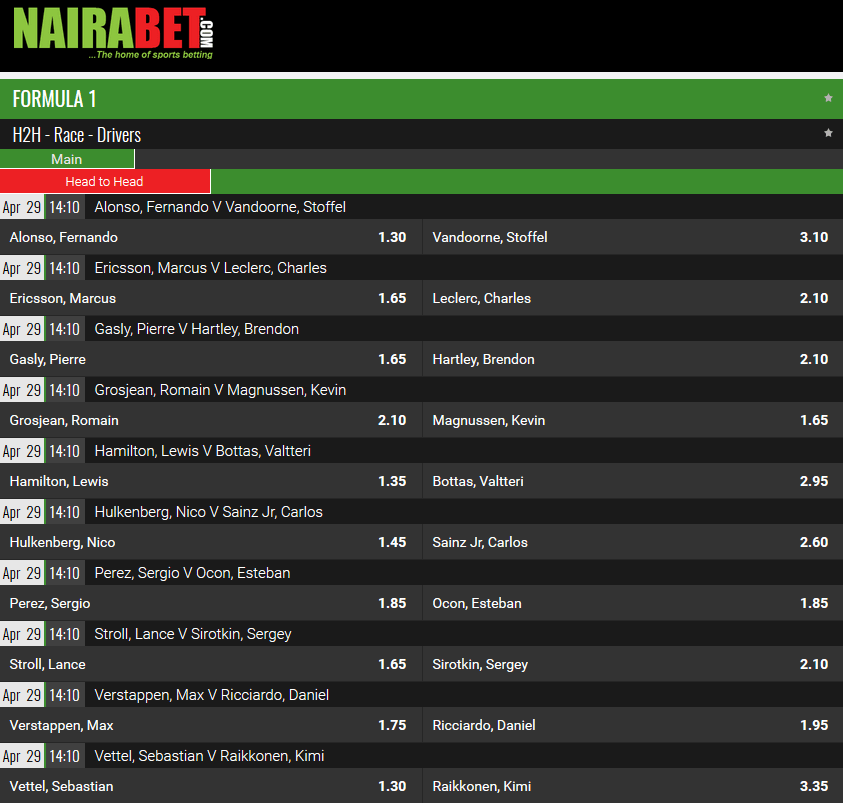 Formula One is not often a sport that bookmakers cater for when it comes to promotions, however 888Sport have introduced an attractive offer on their betting platforms. ‘F1 Profit Overdrive’ means that any customer who opts in and places a bat of N5,000 on qualifying is entitled to a 25% profit boost on the race itself. The profit boost can be applied to your bet slip and is then valid on any bet N2,500 or more. Maximum earnings using this promotion from 888Sport stand at 2 million NGN.

When it comes to Formula One racing, there are a number of different ways in which customers can back their favourite drivers and teams, with a variety of variables potentially playing a part in their level of success. The following are among the different methods to use when betting on Formula One: