The 2019 Women’s World Cup is just around the corner. United States of America are on a quest to defend their trophy, but that is easier said than done. Anyhow, yet another entertaining football tournament for the ladies is on the cards.

No less than 24 teams will participate at the upcoming World Cup in France, but, as before, United States of America are seen as main favourites to win the showpiece tournament. Over the years the Stars and Stripes have established themselves as the dominant force in the women football and, no doubt, they are determined to defend their title. USA are 4.50 to win the prestigious trophy, but they will have to prove their worth on the field. You should bear in mind that Jillian Ellis’ charges are eyeing their fourth World Cup trophy. 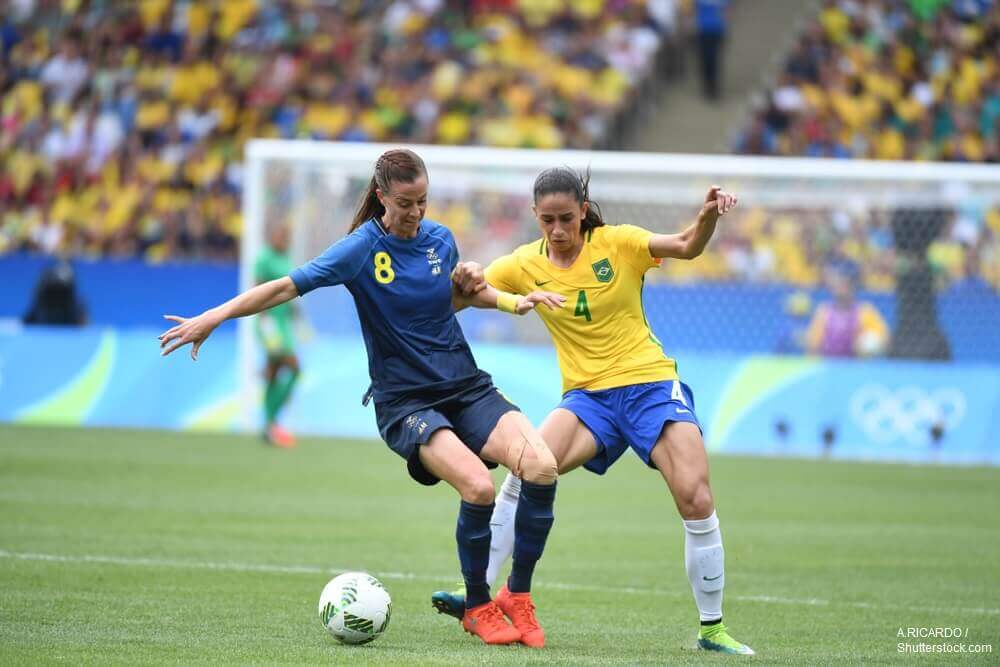 Hosts France are likely to play an important role at the 2019 World Cup as well. Les Bleues will have a home field advantage in each and every game at the World Cup and they are definitely capable of going all the way at the tournament in their homeland. Corinne Diacre’s women have been impressive in friendly games this year and they will surely stick to their attacking style of play when they face Korea Republic at Parc des Princes in the opening match of the tournament. Les Bleues are seen as one of main candidates to lift the trophy and their triumph at the 2019 Women’s World Cup is priced 4.33.

Germany have big ambitions for the upcoming football festival in France as well. “Die Nationalelf” impressed in the qualifiers, with the team recording seven wins in the process, while suffering only one defeat. Martina Voss-Tecklenburg’s ladies are both mentally and physically strong and they are certainly eager to put an end to USA’s dominance at the World Cup. It has been 12 years since Germany won their last World Cup trophy, meaning that they are hungry for a win. Bookies offer odds at 6.50 for die Nationalelf to win the upcoming tournament, meaning that Martina Voss-Tecklenburg’s troops should not be underestimated. 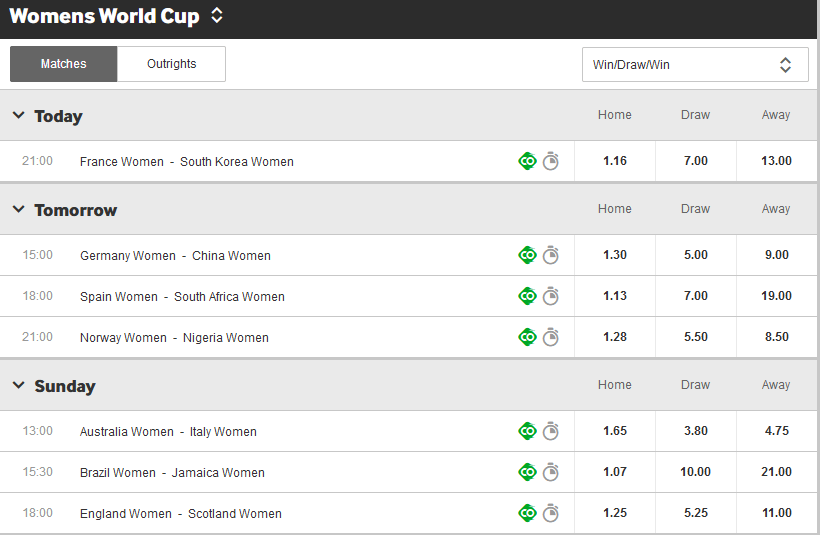 Some bookies see England as dark horses at the 2019 Women’s World Cup. The Lionesses are eyeing their first ever win at the showpiece tournament and the fact that former Manchester United ace Phil Neville is in charge of the England national team is surely giving fans a reason for optimism ahead of the opener against Scotland. Phil Neville has a number of high-profile players to choose from, but his girls will have a mountain to climb at the World Cup in France if they are to win the trophy. The Lionesses are 7.00 to lift the trophy, but they should not be written off just yet.

Japan qualified for their 9th Women’s World Cup. The Nadesiko Japan did well to win the Asian Games title last year, with the team beating China in the final, but they do not want to stop now. Asako Takakura’s women are brimming with confidence ahead of the start of the 2019 World Cup, but they will have to be at their sharpest at the upcoming showpiece tournament if they are to lift the trophy. Anyhow, you should bear in mind that Japan’s triumph at the World Cup in France is priced 15.00 at several bookies.

Back in 1999 Nigeria did well to reach the World Cup quarter-finals and they are determined to (at least) repeat the success. The Super Falcons are fearless and we are positive that they are going to make life difficult for Norway, Korea Republic and France in Group A. Coach Thomas Dennerby is doing a good job with Nigerian national team, but they are still considered underdogs at the 2019 Women’s World Cup. The Super Falcons are 501.00 to clinch the title.

United States of America are No. 1 favourites to win the 2019 Women’s World Cup, but winning trophy is much easier than defending it. The lack of motivation could prove to be the main problem for Jillian Ellis’ women at the tournament in France, therefore, we do not believe that they are going to clinch their fourth World Cup trophy.

Les Bleues play in front of home fans and they are surely hungry for success. The World Cup hosts have yet to lift the trophy at the major tournament and we are positive that Corinne Diacre’s troops are going to fight tooth and nail in each and every game in both Group A and knockout stages. France will not have a better chance than this to win the World Cup title, therefore, we believe that there is a big value in betting on les Bleues. Anyhow, the likes of German and England should not be undervalued as their coaches have a number of top-class players to choose from.