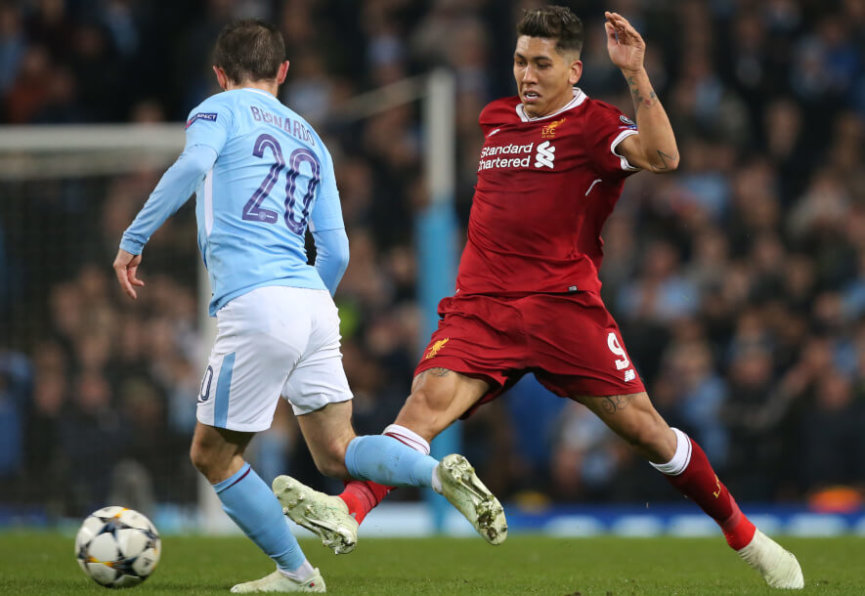 Yet another exciting Champions League campaign is ahead of us. Liverpool are on a quest to defend the trophy they won in style last term, whilst fellow Premier League side Manchester City are determined to go all the way in the elite competition for the first time in the club history. La Liga teams Real Madrid, Barcelona and Atletico Madrid aim to regain their status as representatives of the most successful league in Europe. PSG, who did well to hold Neymar in the summer transfer window, could play an important role in the 2019/2020 Champions League campaign as well.

Which teams booked their place in the group stages of the Champions League?

As always, 32 teams will take part in the 2019/2020 Champions League group stages. The clubs are placed in eight groups of four, with top two teams from each group making it to the knockout stages of the competition. Third-placed teams advance to the Europa League knockout stages.

Following teams will participate in the 2019/2020 Champions League group stages:

Both Real Madrid and PSG should not find it hard to book their place in the Champions League group stages as they are placed in Group A alongside Galatasaray and Club Brugge. Los Blancos are determined to make amends for the unsuccessful 2018/2019 campaign and seeing that Chelsea star Eden Hazard joined the Estadio Santiago Bernabeu outfit in the summer, it is no wonder Zinedine Zidane’s men are just 1/12 at William Hill to advance to the last 16 of the elite competition. Given the number of top-class players in Thomas Tuchel’s team, les Parisiens are likely to make it to the knockout stages as well. Neymar and Co. are 5/4 to win the group.

Bayern Munchen are no longer considered as one of the main candidates to win the Champions League title, but bookmakers see Niko Kovac’s charges as No. 1 favourites to clinch top position in Group B. The German champions are grouped with Tottenham, Olympiakos and Crvena Zvezda and they are just 1/10 at Surebet247 to qualify for the next phase. Spurs are likely to advance to the knockout stages as well, whilst orthodox brothers Olympiakos and Crvena Zvezda are vying for third place in Group B, which guarantees a spot in the Europa League last 32.

English champions Manchester City will face the likes of Atalanta, Dinamo Zagreb and Shakhtar Donetsk in Group C. The Citizens are widely expected to clinch top position in the standings, but coach Pep Guardiola must warn his men against complacency. Atalanta footballers can’t wait for their Champions League debut and bookies see the Orobici as No. 2 favourites to win first place in Group C. However, both Shakhtar Donetsk and Dinamo Zagreb could make it to the knockout stages of the elite competition as well. You should bear in mind that Man City are just 1/10 at Pinnacle to win Group C.

Atletico Madrid have been given opportunity to get their revenge on Juventus for the defeat in the Champions League last 16 as the two teams are placed in Group D this time out, alongside Bayer Leverkusen and Lokomotiv Moscow. The Bianconeri and los Rojiblancos are 8/13 and 6/4 respectively to clinch top position in Group D. Bayer Leverkusen, who reinforced the squad in the summer transfer window, could spoil their party, whilst Lokomotiv Moscow have slim chances of booking their place in the last 16.

Liverpool and Napoli will take on each other in the Champions League group stages for the second consecutive season. In the last edition of the elite competition the Neapolitans failed to advance to the last 16 of the elite competition, but they are just 1/5 to qualify for the next phase this time out. The defending champions, on the other hand, aim to give fans yet another reason for celebration and Jurgen Klopp’s troops are 4/9 to win Group E. Salzburg and Genk should find it hard to book their place in the knockout stages. 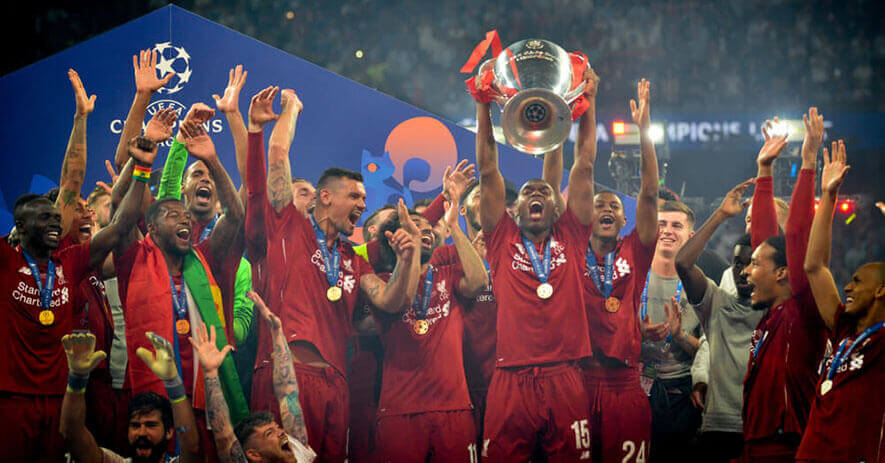 Slavia Prague have been handed a very tough draw, with the team being placed in “the group of death” alongside Barcelona, Borussia Dortmund and Inter. The Czech champions have slim chances of making it to the last 32 of the prestigious competition, whilst Ernesto Valverde’s troops are considered as the main candidates to clinch first place in the group. Barca are 4/11 at Betfair to win top position in Group F, whilst Borussia Dortmund and Inter are likely to fight for second place in the table. Summer signings Romelu Lukaku and Alexis Sanchez are eager to help the Nerazzurri advance to the knockout stages, but beating the star-studded Bundesliga side is easier said than done.

The likes of Lyon, Benfica, Leipzig and Zenit are placed in evenly-matched group. Each of the four teams could make it to the Champions League last 16 and, no doubt, there will be a plenty of entertaining games in Group G. Leipzig, though, who did well to secure a top-three finish in the Bundesliga last term are considered the main favourites to advance to the next phase from top position in Group G. The Red Bulls are 7/4 to win first place in their group.

Last season’s semifinalists Ajax will take on Chelsea, Lille and Valencia in Group H in the 2019/2020 Champions League campaign. The Amsterdammers kick off the new season without star players Mathijs de Ligt and Frenkie de Jong, who left the club in the summer transfer window, but the Dutch champions are still expected to shine in the group stages of the elite competition. Ajax are 4/5 to qualify for the last 16 of the elite competition, whilst Chelsea are seen as No. 1 favourites to clinch top position in Group H despite the transfer ban. The Blues are 19/20 at 888sport to win first place in their group.

Who are the main favourites to win the Champions League trophy?

Over the years Manchester City have established themselves as the best club in the Premier League. The Citizens did remarkably well to defend the domestic trophy last term, but fans are hungry for more success. Many football experts in England believe that the time has come for Pepe Guardiola’s troops to win their first ever Premier League trophy, but the English champions will have to prove their worth on the field. The club chiefs did well to keep hold of key players Raheem Sterling, Kun Aguero and Kevin de Bruyne in the summer transfer window and it is no surprise the Citizens are just 7/2 at Betway to win the trophy. Anyhow, punters are likely to back Man City in a number of Champions League betting tips this season.

Barcelona failed to impress in the Champions League knockout stages last season, with the team suffering a heartbreaking 4-0 loss to Liverpool at Enfield in the return leg of the quarter-finals. The Catalan giants are determined to regain the trophy and the fact that the club owners did well to bring French striker Antoine Griezmann in the summer transfer window is giving fans a reason for optimism. Leo Messi is not getting any older and the Argentine superstar, who has overcome his injury, is 6/1 at 888sport to win the Champions League Golden Boot for the 2019/2020 season. 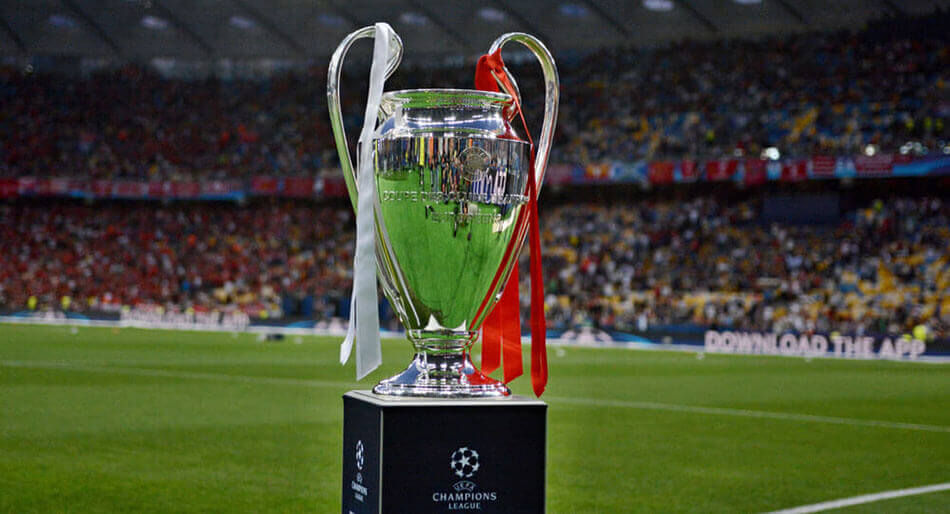 Spanish giants Real Madrid made a slow start to the new La Liga season, but seeing that Eden Hazard is finally fit, Zinedine ZIdane’s troops are definitely capable of recording a good result in the upcoming Champions League campaign. Their local rivals Atletico Madrid chiefs added several top-class players to the squad in the summer and Portuguese “Wunderkind” Joao Felix is widely expected to shine in the 2019/2020 Champions League campaign.

Paris Saint-Germain owners were very active in the summer as well, adding the likes of Ander Herrera, Keylor Navas, Mauro Icardi, Idrissa Gueye, Abdou Diallo and Pablo Sarabia to the squad and, to make things even better for the fans, Real Madrid and Barcelona target Neymar remained at Parc des Princes. Les Parisiens are 10/1 at bet365 to win the Champions League trophy. Despite failing to reinforce the squad in the summer, Bundesliga titles Bayern Munchen should not be written off just yet, as well as Cristiano Ronaldo’s Juventus, who are eyeing their first Champions League title since 1996.

Last but not least are Liverpool, who are eager to defend the title they won last season thanks to a 2-0 win over Tottenham at Estadio Wanda Metropolitano. Jurgen Klopp managed to keep hold of attacking trio Mohamed Salah, Roberto Firmino and Sadio Mane in the summer transfer window, but defending the Champions League trophy is easier said than done.